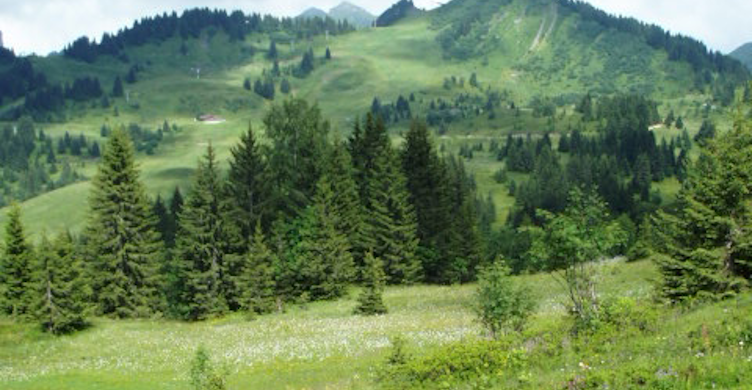 Name of the project: Alp'Grain

Website: See information on the follow-up project RestHAlp (in French)

The beauty of winter sports in the alps draws millions of tourists and employs significant numbers of people. Nonetheless, sustaining the skiability of ski resorts involves important works to maintain ski lifts and skiing slopes. Impacts of these new installations on mountain grasslands can be seen very clearly: it often causes partial or total destruction of the vegetation.

In 2013, a group of French and Italian experts decided to address this problem together and investigated whether the local production of dedicated seeds to help Alpine vegetation recover and prevent soil erosion would be economically and socially interesting. In most cases, seeds for restoration of mountain grasslands come from the lowlands, and some of these seeds even come from New Zealand, but it appears that local seeds are usually more resilient to climate change and enhance biodiversity, while reducing greenhouse gases emissions from transportation. It also supports local farmers who invest in new activities such as seed production and collection, helping to develop a local circular economy in the region.

The project, launched in the framework of the Franco-Italian Interreg programme, had a duration of two years, and has inspired two follow-up projects: Sem’lesAlpes and RestHAlp. Irstea (Institut national de recherche en sciences et technologies pour l'environnement et l'agriculture), a French research institute, together with the Institut Régional de la Vallée d’Aoste were the lead partners of Alp’Grain. The Alpine Botanical Conservatory and several local partners were also involved in the project, some of them already active on the topic of local seeds, but also the French ski areas union, as end-users of the solution, as well as farmers and local mountain development and agriculture organisations. Beyond project partners, public authorities have also been very supportive of the concept, which also benefitted from the help of several research centres.

Since its creation, the objective pursued by the Alp’Grain project is to develop the production of local seeds in the Northern Alps. Production includes the development of a whole value chain, from the harvest in an original mountain grassland, and the multiplication of seeds, to their preparation for commercial applications, including a drying process to produce and sell the seeds locally. At least five organisations are currently producing or collecting local seeds in the region, but the quantity is not enough to cover total production.